It was a warm Saturday night in April 2003, and we were due to support Spiderbait on the last night of their U.K. tour. Contrary to what you might think, the horror element of this story was not primarily due to the fact that we were supporting Spiderbait, although this was undoubtedly a contributing factor. What we could barely have foreseen at the time was that this particular show, similar to countless others we had done, would trigger the break-up of the band.

We had spent the last 4 weeks travelling around the U.K. supporting various Aussie bands and a couple of popular but dreadful South African pop groups. I had no illusions that we were on the tour as a kind of sympathy concession due to the fact that our guitarist knew the promoter. We were called ‘The Cliffy Davis Goodtime Band,’ and we played a country/blues inspired rock hybrid thing. It was weird music, but we looked fucking cool if I don’t say so myself. We wore vintage suits with frilly shirts and really nice leather boots. We looked so cool, in fact, that were were a fashion eyesore on the musical landscape of this tour, which was otherwise marked by t-shirts and old jeans.

Aside from our anachronistic dress sensibilities, we hadn’t made many friends on the tour due to the ‘rock star’ antics of our guitarists. I could certainly empathise with their need to lash out. Although our judgement may have been impaired due to the levels of alcohol we consumed, I still felt the humiliation of carting around the headliners gear as they smugly watched us from the bar. There is something infuriating about the composer of the lyrics ‘we’re all here drinking beer’ smiling at you as you carry his bass drum. Nevertheless, my view was that we should just be grateful for the opportunity and write the whole thing of as an international touring boot camp.

This view was not shared by the guitarists, who felt that they were entitled to U2’s level of rock and roll treatment. Their frustration culminated at our final show at the Shepherds Bush Walkabout pub. We were scheduled to play for 40 minutes as the only support act to Spiderbait. At this point I was tired and wanted to go home to Australia so I could lie to my friends about how amazingly successful the tour was.  Despite my apathy, I managed to drink enough to ensure I had the pretend rock star bravado necessary to face a 2000 strong crowd of drunk Aussie ex-pats. 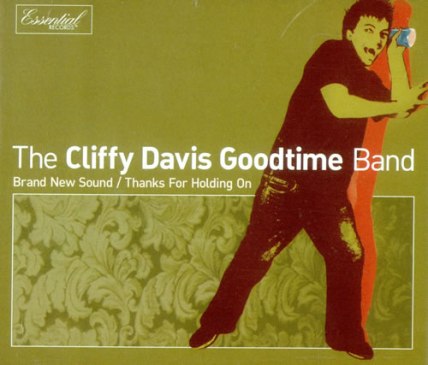 We arrived at the venue about an hour before playing. The stage was about the height of a two story building, which meant that the crowd could not easily see the band. This was fine by me, as I had a bad feeling about the gig already. Our guitarists were already decrying the injustice of having to catch a taxi to our own gig. Apparently the limo was reserved for the likes of Silverchair, who were playing next door at the Empire that same night.

We were told to go onstage at 9pm for a quick sound check. Bear in mind, the sound check was to be conducted in front of the crowd. The only thing separating us from their indifference was a curtain. If you have never had to do a sound check in front of a largish crowd, it is quite a vulnerable position in which you are liable to be heckled for being a shit musician, due to the fact that you are only hitting one drum at a time.

In any case, we took our place on stage and proceeded with the obligatory line checks. A booming baritone voice that sounded like a mixture of God and the lead singer of the Crash Test Dummies commanded me to check my drum sounds and play some ‘time’ (cue: improv drum solo). This was completed with the seasoned finesse of a 22 year old Keith Moon fan.

Next it was the guitarists turn. They duly complied with the unseen sound guy’s request for a line check, but not without turning to me and complaining about how fucked the whole situation was. As it turned out, the evening was about to get a whole lot worse.

As they were strumming away, the same invisible yet omnipotent voice casually mentioned that instead of playing for 40 minutes, we were now only to play for 15 minutes tops, and that we should ‘choose our best couple of songs and just play those, as the schedule was running late.’

I remind you again, readers, that this was mentioned over the P.A. system for all 2000 drug skips to hear. It was insulting and embarrassing, but I was prepared to do the gig and head back to the hotel and finish of the mushrooms we had left over from a few nights ago. Yet this was not to be. As the godlike voice announced our band name (incorrectly, as it happened), the curtain drew and we were met with a large round of indifference mixed with disdain from the assembled crowd. I think I heard 2 claps in the entire room before everyone resumed their conversations.  I wanted to die. But worse was to come.

About 1 minute into our opening song the guitarists had had enough and smashed their guitars into my cymbals (an unforgivable sin) and proceeded to do a Pete Townshend on them until they were totally destroyed. They then told the crowd and the promoters to fuck off, although the microphones had thankfully been switched off by this stage.

In my embarrassment I ran back stage and locked myself in a toilet and refused to come out. I could hear the rest of the band and tour personnel fighting backstage. Spiderbait, to their credit, seemed most amused by the whole thing and said that we were ‘rock stars.’ About 10 minutes later the band guys knocked on the toilet door and said I needed to come out. We were being escorted from the venue by security guards , the number of which I would describe as total overkill.

The worst part? We were escorted out through the same crowd we had insulted. We were booed, heckled and told to fuck off back to Australia (I was in agreement here.) Outside the venue the promoter came out and said that we had acted disgracefully and that we should find our own way to Heathrow in the morning with our instruments. His parting comment was that we would never tour internationally again, and that he wished us good luck with our future career. In this I think he was overestimating his own importance on the musical landscape.

Nevertheless, I was devastated. We arrived back in Australia and promptly broke up (after some band member Fleetwood Mac style romance antics), and I have never seen or heard from them again, although our then keyboard player is quite a well-known artist under her new name Lilith Lane.

For my part I was back overseas the following year with the Eternal. More on that next.

Welcome to my page! I am a writer and musician from Melbourne who enjoys reading philosophy, theology and military history. I am a Ph.D. Candidate through Charles Sturt University, with my thesis exploring the activities of the German State Church during the Third Reich-era.
View all posts by Ryan Buesnel →
This entry was posted in Uncategorized. Bookmark the permalink.