Surrounded by the stunning Gippsland lakes, Camp Coolamatong was a mesmerizing place for an 11 year old boy to spend a weekend. In the middle of a cold winter in 1992, my Church mates and I spent three days fishing, horseback riding and lighting massive bonfires. It was glorious outdoors experience that would have made the Bush Tucker man proud. Yet I was only to realize later in life that my experiences at Coolamatong were to shape my psyche in ways I couldn’t have fully appreciated at the time. Here’s what happened.

Coolamatong was (and remains) a camp run by the Victorian leg of Scripture Union. For those unfamiliar with Scripture Union, it essentially means that Coolamatong was a Christian Camp. And by Christian, I mean evangelical. And by evangelical I mean people who believe that people need to be saved from sin. Aside from turning us lads into future Bear Grylls’, the camp leaders were tasked with providing some religious instruction once or twice a day. The ultimate goal, I presume, was to nurture us children in the ways of the Lord, lest we all victim to the wiles of Leviathan.

Now, I had an advantage on the heathen kids at my school, because in the sight of Yahweh I was already saved. At least I thought I was. I guess I might have been a trifle arrogant in this presumption. At the very least I did all the things expected of me. Church attendance (it’s hard to skip this when your Dad is the minister), Bible reading and so on. Hell, I even threw out my cassette tape of Open Up and Say Ah by Poison and replaced it with the much more mediocre Petra just to keep Dad happy. Yep, cultural Christian I most certainly was. As a result of my pre-existing sanctification, I was able to essentially tune out of all the camps religious talks. It was kind of an unofficial ‘recognition of prior learning’ arrangement.

Anyway, let’s get back to the camp OK? One night our camp leader started a bonfire, distributed marshmallows to the kids and told us that he was going to do a Bible study from the book of Revelation. I remember this man clearly, as he had a bushy ginger beard with a single patch of white hair around his jaw. During the day he would wear aviator sunglasses and use a wooden staff to assist him during bush walks. When I first saw him I was kind of frightened, but he was really a sort of gentle giant. He was the kind of man I imagine Noah might have been- had Noah literally existed. Which he may have. It depends on your theology I suppose.

In any case, at the leaders instruction we gathered our fold-out chairs and sat ourselves down next to the fire. There must have been about 10 of us this particular night. I remember the others greedily wolfing down marshmallows. Ben put about 10 on a single stick and placed it in the fire. I have never been a big fan of roasted marshmallows myself, so instead of eating mine I just watched them slowly burn and melt away into nothingness.* In any case our main event was the leaders talk, so once we were all settled he began his lecture, um, sorry, I mean, ‘informal chat.’

Things got off to a boring start. In my view, John the Baptist (Revelation’s author, according to mainstream Evangelical Theology) sounded like an uptight weirdo who hated life. In these assumptions I was apparently wrong, as the camp leader duly pointed out. Apparently the ‘testimony of the ages’ demonstrated that John was one of the most mysterious, captivating and important of all the New Testament writers. As things would have it, I was to have a sort of conversion experience in relation to my view of John. 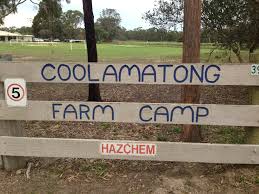 Using bombastic imagery and seductive rhetoric, our camp leader expounded on several key texts in Revelation and made us kids feel that we were living in an age where the return of Jesus was immanent. My interest was piqued. The divine return, he said, was going to be preceded with shit loads of war and conflict until the arrival of Jesus on a horse in the sky (or something to this effect). Instead of being frightened, however, we were told not to worry about the apocalypse. Our place as inheritors of God’s kingdom was sorted, provided we accepted Jesus as our personal Lord and Savior, which we had opportunity to do over the weekend if we wanted. It was as if we were invited to be part of a David Eddings fantasy novel, with the camp leader evoking images of wild beasts, fire, battles, swords and prophecy. We were being invited to join the winning team. It was a world that was irresistible to our impressionable minds. We were each given copies of the New Testament to take with us to ensure that we stayed on the straight and narrow.

At the completion of the talk we all returned to our cabins to get ready for bed. I was sharing with about 8 of my friends, and the preceding nights had been spent mocking our least favorite teachers (it was the cretinous Graeme Gannon for me). On this night, however, the tone was different. Inexplicably, the camp leaders message had impacted each of my friends, who were now in no mood for mucking around. Tucked into bed with their Good News Bibles, each of my mates were resistant to my demands for pranks and jokes.Of all things, I was reprimanded for not showing enough interest in Holy Scripture. With not alternative but compliance or an early sleep, I opened to the book of Revelation and read my way through, slowly becoming as enthralled as my friends.

For most us present at Camp Coolamatong, an interest in Christianity was merely a passing fad lasting barely beyond the weekend. But as I reflect on this camp some 25 years on, I can see that an apocalyptic disposition has never really left me, and has in fact become embedded in my personality, coloring it with a sense of melancholy and a cynicism about human nature and its ultimate destiny. Of course, it’s easy to mock people who suggest that the end of the world is nigh. After all, Jesus’ own followers expected his imminent return in their own lifetime and that obviously didn’t happen. Yet as the geo-political world becomes rapidly more unhinged, as our civil liberties are replaced by electronic monitoring and surveillance, and as the realities of an unrelenting economic injustice are screwing over the majority of the world’s population, I can’t help but think that the author of Revelation may have been on to something.

*This is not potential serial killer behavior.

Welcome to my page! I am a writer and musician from Melbourne who enjoys reading philosophy, theology and military history. I am a Ph.D. Candidate through Charles Sturt University, with my thesis exploring the activities of the German State Church during the Third Reich-era.
View all posts by Ryan Buesnel →
This entry was posted in Uncategorized and tagged camp, childhood, coolamatong, gippsland, memories, reflection, revelation, scripture union, theology. Bookmark the permalink.