The cockney voice yelled down the phone with all the enthusiasm of a Wall Street stockbroker that had just snorted several lines of coke. ‘Hiya, is this Mr Ryan Beewwznell?’

I replied in the affirmative, too confused to bother correcting the error in the pronunciation of my surname.

The stockbroker  lady continued. ‘Oh great. my name is Kristie and I am from Vision Recruiting.* We received your resume and think that your skill sets would be a great match for us. Can you come for an interview tomorrow at 8:45 am?’

I had never heard of Vision Recruiting, and was sure I had not applied for a role with them. I agreed to attend the interview anyway. I needed a job and an interview, no matter what the organisation or role, seemed a better alternative than a sleep in. In this assumption I was very wrong.

I arrived about 10 minutes prior to the scheduled interview time and entered a small office that was blasting hip hop nonsense. I must have looked a trifle confused, as the lady behind the reception desk looked up and said ‘You right?’ It was the same cockney accent as the phone call the day before.

‘Good morning, my name is Ryan. Are you Kristie?’

Somewhat relieved, I replied. ‘Oh good, I thought I might have been in the wrong place.’

‘No, this is certainly Vision Recruiting. Would you mind filling in this pre-interview form? Just take a seat and Jeff will be with you in just one moment.”

I took the form and sat down. Kristie had some epic sideboob hanging out of a loose fitting tank top, which I thought was a bold statement for an office. Between this and the thumping hip hop I could have been forgiven for thinking I was in a nightclub.

I completed the form quickly, which contained the usual nonsense about describing your personality and skill sets in a short, pithy way. I was tempted to use the word ‘desperate’ but I thought it might come across a bit too candid. I stuck with ‘bombastic’ instead. Just like the Shaggy song.

As I waited for the mythical Jeff I took the opportunity to look around the reception. I wasn’t the only one interviewing that day. On my immediate right was a girl (I placed her at about 21) who was on Facebook on her mobile phone. She had a nose ring that looked like it had never been cleaned. Across the room was a Tongan boy (he looked about 10) who was nervously scratching his palms and glancing around the room with quick, subdued flashes of frightened eyes. Another severely obese man was enjoying an in-depth nose picking session, seemingly oblivious to my looks of revulsion or the fact that he was at a job interview. I was pretty sure that everyone in the room had experienced a recent bout of misfortune- as had I.

In due course the magical Jeff appeared from the maze of office corridors. My first impression was that he looked like the spitting image of Hollywood actor Bradley Cooper. He certainly carried himself with the swagger of someone used to adoration. His navy suit was perfectly tailored, as was his ginger beard. The smell of Hugo Boss lingered in the air. Turning to face the gathering of unfortunates, he yelled ‘Give me a Ryan, give me a Taylor, give me a Scott and give me a Josh. Follow-me!’ It appeared that the damned thing was a group interview. Part of me died on the inside. And like the dependent sheep that we were, we duly followed magisterial Jeff into a small office. He was accompanied by an upstart colleague whose big job of the day was apparently to passively nod and agree with everything Jeff said.

It is customary in a job interview for the potential employer to ask questions of the candidate to determine suitability for the position (we did not as yet know what the position was, mind you). Jeff took a different approach, and treated us miserable souls to a 45 minute lecture on why he was one of the most successful sales gurus in history. It went something like this:

Jeff: Guess how many sales I made last week?

Jeff: Ha! Yeah right, try doubling that and then multiplying it by 4. Then you’re in the ballpark.

Jeff: Not as impressive as the fact that last week I had lunch with my good mate Hugo Weaving. Ever heard of him?

Jeff: Anyway he is starting a new business venture and wants me as his top sales person. I said I am flattered, but that I am committed to my team here. And that may mean I am committed to you- depending on whether you impress me or not.

Jeff: Question: who here has seen Wolf of Wall Street?

Us: (we all raised our hands)

Jeff: Well the sales guy that movie is based on is a personal friend of mine. He sent me an email last week asking me to join his new sales team. He said I was one of the best sales people he has ever seen. So yeah, a big compliment right?

Jeff: Yeah but as I said to Hugo Weaving, I am just not interested. I am committed to my team here right?

I was convinced that Jeff had snorted a massive line of coke prior to our ‘interview.’ It would explain a lot. In fact, perhaps the whole organisation was just an ongoing sex party with occasional bouts of work?

Anyway, Jeff finally turned his attention to the four candidates gathered. Jeff’s ‘appraisal’ consisted of him asking each of us what our motivation for applying was. Now this put me in a difficult situation, as I had never formally applied for the role at all. When my turn came to answer I decided to adopt the role of an arrogant sales wanker, and said that I was motivated by ‘the possibilities of achieving sales success in an environment that valued relationship and rapport building.’ 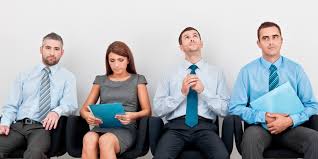 Despite the fact that I had to stifle the desire to vomit on Jeff’s blue suit, it was clear that my answer impressed him greatly. I knew I had the job (whatever it might be). The other sods were not so lucky. Nose ring girl said that she had just arrived from England and needed a job ASAP. Tongan boy said he had just arrived from Tonga and needed a job while he pursued his dream of being a Hollywood star (his Mum thinks he has got real talent.) Although honest, these answers did not inspire Jeff’s confidence.

At the end of this ‘appraisal’ Jeff fired a few random words our way about company ‘values’. It was the usual nonsense about ‘integrity,’ ‘ethics,’ and ‘transparency.’ The more a company bandies these words around the more I think the opposite. That none of us knew the exact nature of the role, and that Jeff did not bother telling us, was proof that these values remained in the realm of concept only.

Jeff wrapped up the interview by pointing at me and saying ‘Ryan- you need to be here. For everyone else, I will call you in the next day to discuss phase 2 of the role.’ And with that, the mythical Jeff disappeared into the nether regions of bland office space. After all this, none of us still had any idea what the hell this job was all about. I wished the others well and promptly left the office.

Stopping in for an Apple at the Surry Hills Woolies, I received a follow-up phone call from sideboob receptionist. ‘Hiya, look Jeff really likes you and thinks you have potential. Can you meet him tomorrow morning at 8am for a face-to-face interview to hear more about the role?’ Now, I didn’t want to go but I allowed myself to be talked into it anyhow. Life had not been kind to me in recent months and I needed something to hope for I guess, no matter how abysmal. ‘Sure,’ I said. ‘I’ll be there.’

I woke up super early the next morning and went to the gym prior to the scheduled meeting with Jeff. In an action I should have taken the previous night, I decided to Google ‘Vision Recruiting.’ In short, the company was a borderline scam, designed to tap in to the desperate and down-and-outs (of which I was one) with the promise of huge sales commissions etc. Through information gathered on forums and the like I was able to determine that Vision Recruiting are responsible for hiring those idiots that knock on your door asking you to switch energy providers. Their methods are dishonest, aggressive and only mildly successful. Previous employees lamented about being owed weeks of commission that was never paid, and just a general negative experience overall. I was not about to be one of those people. I may have been desperate but I knew I could do better. In addition, I would hate working with the British backpackers that seemed to be over-represented in the organisation.

I called and left a message on their answering machine that I would not be attending the interview, as I had found something else. I thought that was the end of it. I was very wrong! Two days later I received a call from the mythical Jeff himself, explaining how disappointing it was that I could not attend the follow-up interview, although he could understand how ‘in demand’ I would be. He said that he had big things in mind for me that far exceeded what he was offering the other ‘riff raff’ in the original interview. He wanted me to work with Google executives closing lucrative international business deals! He said the perks were great commission, loads of Women and a great party culture. I was welcome to contact him anytime, and he specifically asked me to add him on LinkedIn.

It was all too much to take. I politely turned Jeff down again, went home and cried into my pillow dreaming of a better day.

*I have changed the name to protect my own reputation from association with this particular recruiter.

Welcome to my page! I am a writer and musician from Melbourne who enjoys reading philosophy, theology and military history. I am a Ph.D. Candidate through Charles Sturt University, with my thesis exploring the activities of the German State Church during the Third Reich-era.
View all posts by Ryan Buesnel →
This entry was posted in Uncategorized and tagged funny, jobinterview, office, recruitment, sales, shortstory. Bookmark the permalink.